Brewing success with every cup 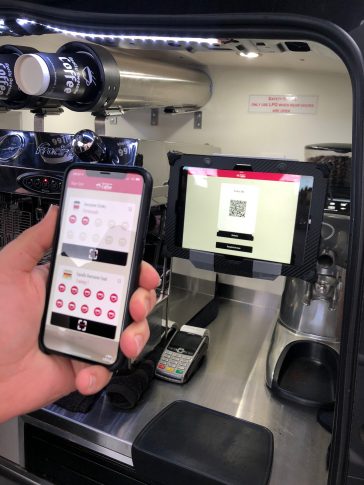 Many budding entrepreneurs aspire to get business advice from The Apprentice’s Lord Sugar. But even without participating in the show, viewers can learn many lessons for their next venture. For instance, it was an episode of The Apprentice which planted the seed of a mobile coffee van in the mind of Kevin Haswell, founder of Really Awesome Coffee, the mobile coffee van franchise. “It was one of the challenges where participants had to make money by selling coffee from a van and it really got me thinking,” he recalls.

Although he wasn’t looking for a potential business idea then, this image inspired him years later. But Really Awesome Coffee isn’t his first shot at entrepreneurship. Looking back, he took on a sales role after college and instantly realised that a nine to five job wasn’t his cup of tea. And that’s when his business journey began with him spearheading an automotive glazing franchise. “I very much like the challenge and the pressure which inevitably comes with growing a business,” he says. “I couldn’t imagine doing anything different.” However, despite being successful initially, the 2008 financial crisis forced him to merge with a bigger company to save the venture. While the turn of events left him with very little to do, it was really a blessing in disguise as it left him open to hunt for new opportunities. The lightbulb moment came when he noticed people were still queuing outside cafes to get their daily caffeine fix, despite the recession. “Coffee continued to be a growing industry and it wasn’t impacted anywhere near to what other industries were,” he adds.

Indeed, Brits today are willing to spend a few extra pounds for a good cup of morning joe. However, looking at the ubiquity of stores like Starbucks and Costa Coffee around almost every corner, one would assume the marketplace to be saturated, not to mention extremely competitive. But Haswell wanted to tap into a loyal clientele without having to compete with these high street giants. “Having seen the resilience of the coffee industry through the recession, I knew I wanted to be in it but having researched the market I thought ‘there ought to be other ways to make coffee successful without the risk,’” he recalls.

So instead of gambling on the willingness of customers to walk through the doors or hoping no other cafe opens down the road, Haswell remembered the episode of The Apprentice and made his idea of a coffee van a reality. “With a mobile concept, we could be where bigger players can’t go,” he declares. “The whole concept is rather than being in one place, we take the proactive approach and take the coffee shop to customers. The risk is so nimble because we [can] move the cafe somewhere else.” After devising a business plan, Haswell injected capital through a combination of bootstrapping, a bank loan and remortgaging his property. And in August 2010 he launched Really Awesome Coffee with the office in his back garden and the first coffee van parked in his driveway.

The daily grind for him during the initial days involved spreading the word about the venture. Being a firm believer in direct marketing, he started knocking on doors to get his first potential customers by fuelling their caffeine craving. Within 18 months of building his business up from the ground, he franchised the company to expand throughout the UK. Given his experience with his former business, franchising wasn’t an unknown path for Haswell. In fact, he believes it’s the ideal way to create brand awareness without extra investment. “The aim was always to create a business that could be franchised,” Haswell reveals. As his previous business had also been franchised, he could filter his experience into his new enterprise. For instance, at the time of his first venture he had no idea what the British Franchise Association was. Moreover, he admits that he may have done some franchisee recruitment errors at his old business, signing up the wrong person for the role.

Learning from his mistakes, he’s highly selective this time around. “Now, if I feel someone won’t enjoy the business or they won’t be a good fit for the network then they can’t join,” he adds. Indeed, most franchisors would agree that recruiting franchisees is no cakewalk and Haswell too had his fair share of struggles. For him, it wasn’t about the number of franchisees he took on but rather the kind of people he thought were fit to represent the business. “If you sell too many franchises too quickly and can’t support those franchisees, it’s not good for anyone,” he says. “We’re selling a business relationship, not a used car.” Although having business experience isn’t necessary for prospective franchisees, Haswell looks for an entrepreneurial drive. “The only thing we tell our franchisees is to have a good attitude, enthusiasm about the business and, more importantly, they’ve got to be self-disciplined,” he says. “There’s no one to force them to get out of the bed in the morning or to work efficiently.”

Once recruited, Haswell goes the extra mile to support his franchisees. Apart from training at the head office in Coventry, the franchisor appoints a franchise development manager who kickstarts the business in the franchisees’ territory. “As franchisors, we’d rather make first impressions of the business for them or with them rather than leave them on their own,” he says. Haswell even assists new franchisees in a PR launch to promote the business in their local area. And that’s not all. There is a series of structured support which they’re given including a business plan which is tracked over the first eight months. “It’s important to keep a momentum going,” he adds. “It’s a transition period from working with them and handholding to handing the business over as it grows and develops.”

Admittedly, it’s not difficult to see just why Haswell has an edge over his competitors. For him, a blend of innovation along with sufficient training is key to staying ahead in the game and hence, he launched a unique EPOS system for his franchisees. This software tracks real-time data such as the number of transactions and the busiest location, making it easier for him to support franchisees with better business plans. Alongside that, Haswell even spearheaded the creation of a loyalty app for customers. And in the coming months, he’s planned to add a new feature where customers will get real-time notifications about their local coffee vans’ arrival timings. Additionally, they will be able to pre-order their drink and will receive a notification when it’s ready to be picked up. “They can even put in a request to pick it up from the reception,” he adds. “I don’t know the exact effect it will have but I’d expect this time next year the financials of the franchise will be very different.” Clearly the franchisor is sharpening his focus on customer experience to stay ahead of rivals.

Given his constant ambition to scale and improve, it’s easy to smell the aroma of success for this franchise. Today the franchise boasts having 40 franchisees under its belt with many more in the pipeline set to launch this year. “Over the next five years or so, we can potentially have around 100 to 150 franchisees in the UK,” Haswell reveals. And he clearly seems to have the right attitude to see the Really Awesome Coffee network expand rapidly. “It’s about making sure franchisees are happy, making money and enjoying what they’re doing,” he concludes.